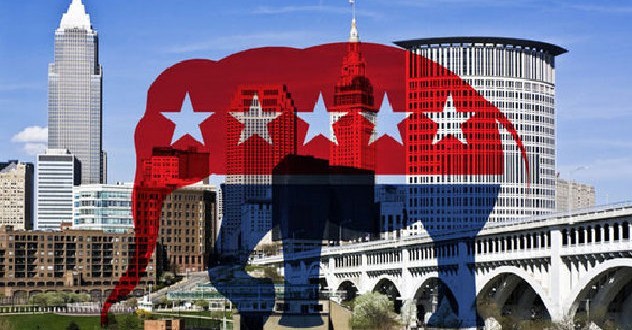 A federal judge on Thursday struck down the city of Cleveland’s rules limiting protests during next month’s Republican National Convention, finding the city’s strict security regulations violated the U.S. Constitution.

U.S. District Court Judge James Gwin ruled the city’s establishment of a large zone around the July convention site within which protesters’ ability to demonstrate would be strictly limited contravened the Constitution’s guarantees of the freedom of speech and assembly.

“Under the First Amendment, I do find that the city hasn’t sufficiently, narrowly drawn the regulations to serve government interests,” Judge Gwin told attorneys at the conclusion of the two-hour hearing.

The ruling sends the city back to the drawing board to craft a new security plan.

At the heart of the lawsuit is a 3.3-square-mile “event zone” officials had drawn around the Quicken Loans Arena, site of most convention activity. Another, much smaller, perimeter established by the Secret Service will only be accessible those credentialed to enter the convention.