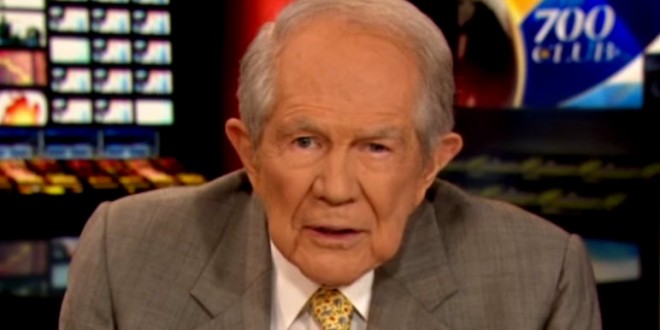 Today on “The 700 Club,” Pat Robertson accused President Obama of coddling the Muslim Brotherhood and bringing the group into “the inner circles of the government of the United States.”

Robertson hinted that the president may be a secret Muslim, falsely claiming that Obama attended an Islamic madrassa while living in Indonesia. He also falsely claimed that the Muslim Brotherhood inspired the Palestine Liberation Organization and Hezbollah, secular and Shiite rivals of the group, respectively.