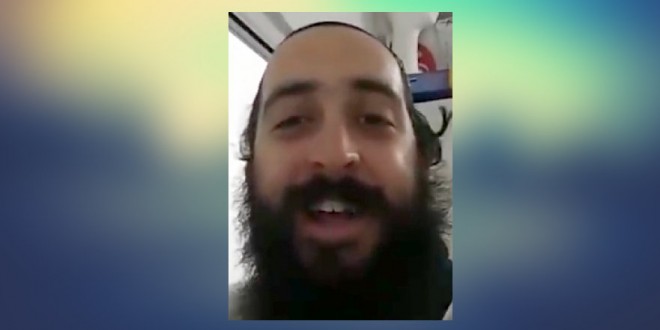 Orthodox Jew Posts Facebook Rant Celebrating Orlando Massacre: If An Arab Did This, Good For Him [VIDEO]

JMG reader Chaim Levin sends us the below clip in which Yosef Edery, a Brooklyn member of the Chabad Orthodox Jewish sect, celebrates the Orlando massacre. “People were killed in an act of terror. Fine. If an Arab did it, good for him! God hates sin. They deserved to die. I have no mercy for people that God has no mercy for.”

Facebook has removed the original clip but Levin captured it and posted it to YouTube. If Chaim Levin’s name is familiar to you, that’s because he was among the plaintiffs in the SPLC’s fraud lawsuit that brought down the Jewish ex-gay torture group JONAH. Levin is a member of the LGBT Chabad & Allies group.

Previous Seth Meyers On Orlando: Hatred Drove The Killer But Inaction By Congress Gave Him The Guns [VIDEO]
Next BREAKING: Orlando Killer’s Wife May Be Charged As Accomplice For Knowing Of Attack Plans In Advance