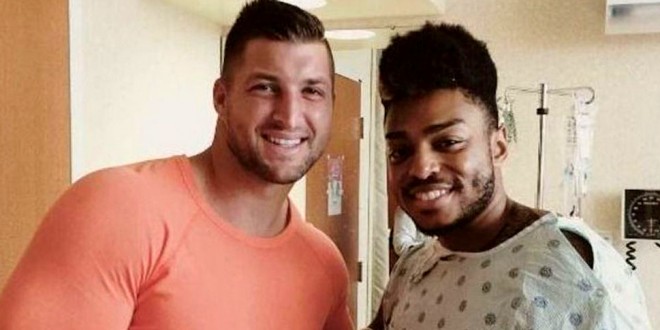 A post on Sumter’s Instagram account Tuesday featuring a picture with Tebow read, “My high school quarterback left the Bahamas to come and see me. Tebow has always been an awesome person.”

Sumter was a bartender at the Pulse. He was shot three times and has two broken arms, according to his Instagram account and the Florida Times-Union. Valencia nursing student Joshua McGill noticed Sumter bleeding from both arms outside the nightclub and helped treat his wounds until he reached the ORMC emergency room, according to an NBC News report.