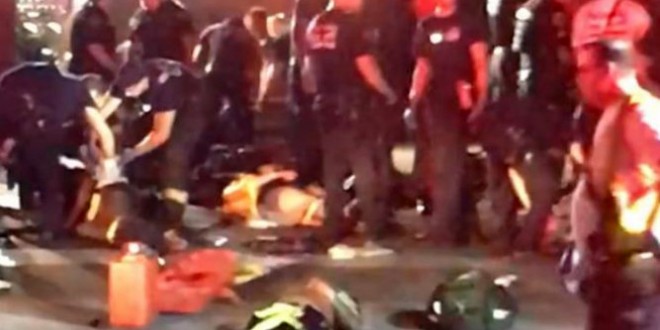 Law enforcement sources told NBC News that Mateen was born in New York in 1986 and was listed as living at a residence in Port St. Lucie, about 125 miles south of Orlando. The incident is being investigated as an act of terrorism, officials said.

Mir Seddique, Mateen’s father told NBC News, “this has nothing to do with religion.” Seddique said his son got angry when he saw two men kissing in Miami a couple of months ago and thinks that may be related to the shooting.

“We are saying we are apologizing for the whole incident. We weren’t aware of any action he is taking. We are in shock like the whole country,” Seddique said.

Meanwhile, a man who answered the phone at Mateen’s address, Mustafa Abasin, told NBC News: “We are in shock and we are sad.” He would not say how he knew Mateen, but said he was helping investigators.