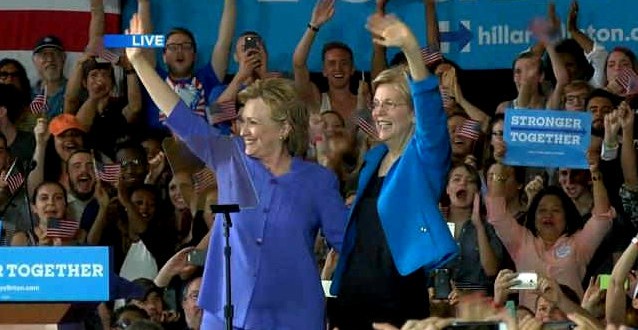 Clinton and Warren joined hands and waved to a cheering crowd in their first joint appearance. Warren told the crowd in Cincinnati, Ohio, “I’m here today because I’m with her,” and said Democrats would “work our hearts out” to make Clinton president. Warren is offering a harsh critique of Republican Donald Trump. She says he looks “goofy” in his trademark baseball cap. She warns that Trump “will crush you into the dirt to get whatever he wants.”