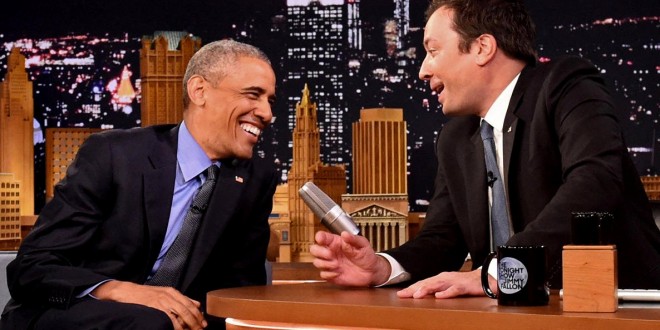 President Obama says Democrats are only too happy to run against Donald Trump, but he is personally “worried” about the fate of the Republican Party.

“This country works when you have two parties that are serious and trying to solve problems,” Obama told Tonight Show host Jimmy Fallon. “And they’ve got philosophical differences and they have fierce debates and they argue and they contest elections.”

Indicating that Trump is not a serious candidate, Obama said that what has happened in the Republican Party “is not actually good for the country as a whole. It’s not something Democrats should wish for.”

Saying the nation needs a “healthy two-party system,” Obama said that he hopes that “there’s some corrective action” after this year’s election.

Obama’s lament began after Fallon asked if the president thinks that Republicans are happy with their choice of nominee.

Obama’s response: “We are … I don’t know how they’re feeling.”