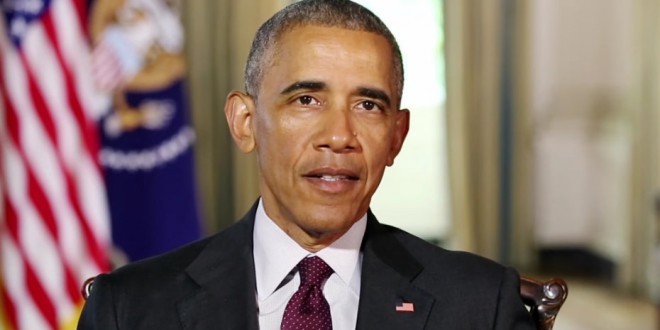 Today President Obama celebrated the designation of the Stonewall National Monument in his weekly video address to the nation, comparing the Stonewall Inn to other historic sites like Independence Hall and Kitty Hawk. Watch below. The president went on to recap LGBT progress during his administration. An excerpt:

Over the past seven years, we’ve seen achievements that would have been unimaginable to the folks who, knowingly or not, started the modern LGBT movement at Stonewall. Today, all Americans are protected by a hate crimes law that includes sexual orientation and gender identity. “Don’t Ask, Don’t Tell” is history. Insurance companies can no longer turn you away because of who you are. Transgender Americans are more visible than ever, helping to make our nation more inclusive and welcoming for all. And one year ago this weekend, we lit the White House in every color – because in every state in America, you’re now free to marry the person you love.