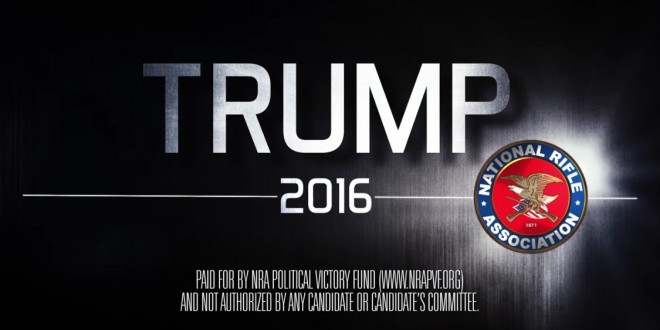 The National Rifle Association’s political action committee is set to air $2 million worth of advertising to promote a survivor of the Benghazi attacks in 2012 in efforts to hurt Democratic presidential candidate Hillary Clinton.

The Republican House committee on Benghazi released its eighth report Tuesday providing no new information and the Chairman still couldn’t prove Clinton lied. However, that hasn’t stopped the NRA from launching one of the largest ad buys in the presidential race thus far to air on cable and broadcast channels in Colorado, Ohio, Nevada, Florida, Virginia and Pennsylvania.

The 30-second ad is titled, “Stop Clinton, Vote Trump,” with Marine Corps veteran turn security contractor Mark Geist. He served on the ground fighting back during the attack on Benghazi.

“A lot of people say they’re not going to vote this November because their candidate didn’t win; Well, I know some people who won’t be voting this year either,” Geist says, walking through a cemetery. “Hillary as President? No thanks. I served in Benghazi. My friends didn’t make it. They did their part. Do yours.”