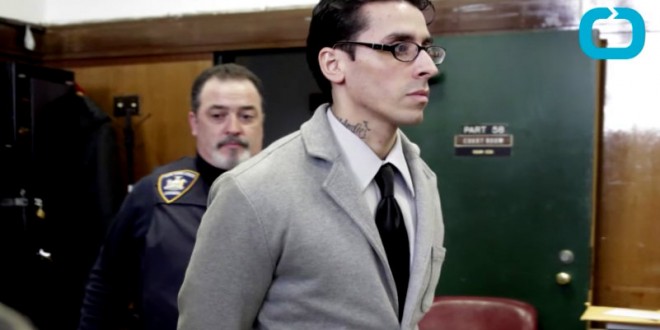 Days after a gunman killed 49 people at a gay nightclub in Florida, the judge in a hate-crime murder case in New York invoked the massacre as he sentenced a man to 40 years to life in prison on Tuesday.

The man, Elliot Morales, was convicted in March of murder as a hate crime for killing Mark Carson, 32, a gay black man, in the West Village in Manhattan three years ago, after spewing homophobic invectives at Mr. Carson and his companion.

“I can’t help but perceive or observe the parallel tragedy in Orlando,” the judge, A. Kirke Bartley Jr., said as he imposed the sentence in State Supreme Court in Manhattan. “That parallel is revealed in hatred, self-loathing, fear and death.”

Mr. Morales, 36, was convicted after a two-week trial during which he represented himself, assuming the dual roles of defendant and defense lawyer. Addressing Mr. Morales, Justice Bartley said that the defendant’s ability to appear in the courtroom “calm, intelligent, well-prepared, well-behaved” could not deter from the fact that he was “something worthy of a character in a Stephen King novel, in short, a monster.”

Morales had told the court that his crime should not be considered a hate crime in light of his history of sexual liaisons with transgender women.