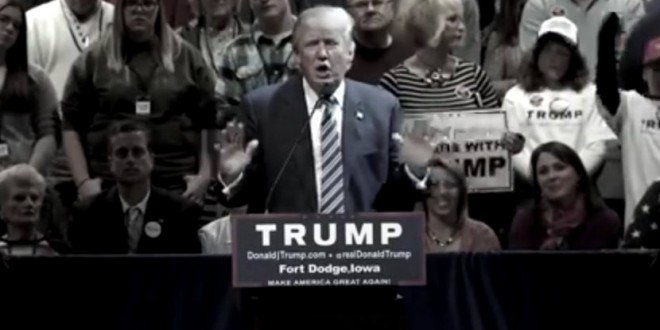 “I know more about [the Islamic State in Iraq and Syria] ISIS than the generals do, believe me,” Trump says at a rally shown in the ad.

The ad ends: “Donald Trump, too dangerous for America.”

The spot will air in eight swing states, including Iowa and Nevada, as part of a multimillion-dollar general election ad buy. It was previewed exclusively on NBC’s “Meet the Press” on Sunday.