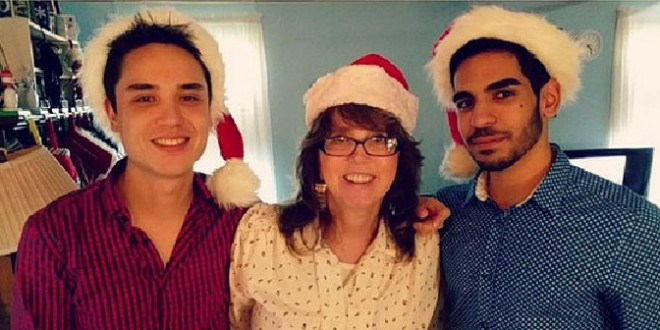 MOTHER’S REQUEST: Young Orlando Couple Hoped To Marry One Day, Now They Will Have A Joint Funeral

A couple who was deeply in love when they were killed during a gunman’s shooting rampage inside an Orlando nightclub will have a joint funeral service, their families said Monday.

Juan Ramon Guerrero, 22, and his 32-year-old boyfriend, Christopher “Drew” Leinonen, were among the 49 people who lost their lives Sunday in the worst mass shooting in American history. Services still need to be planned by the reeling families, but they want the two to be side-by-side when loved ones bid farewell, said Guerrero’s father, who has the same name as his son.

“I think my son wanted to do that. That’s why,” the elder Juan Ramon Guerrero, 61, said through tears. “I don’t care what the people think. I don’t care.”

Leinonen’s mother, Christine Leinonen, did not immediately return a request for comment, but it was her idea to bid farewell to the couple at the same time, Guerrero’s family said.

Yesterday Christine Leinonen’s sobbing lament for her lost son dominated much of the coverage.