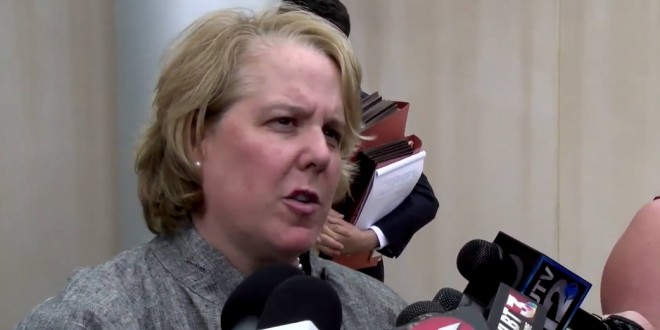 A federal judge on Monday ruled that Mississippi’s recently passed law that allows county clerks to recuse themselves from issuing marriage licenses based on their religious beliefs was, effectively, an impermissible attempt to get around the Supreme Court’s marriage decision.

There was already a court order that stopped Mississippi from enforcing its ban on same-sex couples’ marriages. On Monday, the judge agreed to expand that order to address the so-called “recusal” provision of HB 1523, which was passed earlier this year and would go into effect on July 1.

“Having reviewed the relevant section of HB 1523, the parties’ arguments, and the scope of the Supreme Court’s ruling in Obergefell, the Court finds that [the recusal provision] may in fact amend Mississippi’s marriage licensing regime in such a way as to conflict with Obergefell,” the judge wrote.

Reeves has not yet ruled in two other lawsuits seeking to block all of the religious objections law, including provisions that could affect schools’ bathroom policies for transgender students.

“If this opinion by the federal court denies even one Mississippian of their fundamental right to practice their religion, then all Mississippians are denied their 1st Amendment rights,” Lt. Gov. Tate Reeves said. “I hope the state’s attorneys will quickly appeal this decision to the 5th Circuit to protect the deeply held religious beliefs of all Mississippians.”

The news report below was broadcast last week.