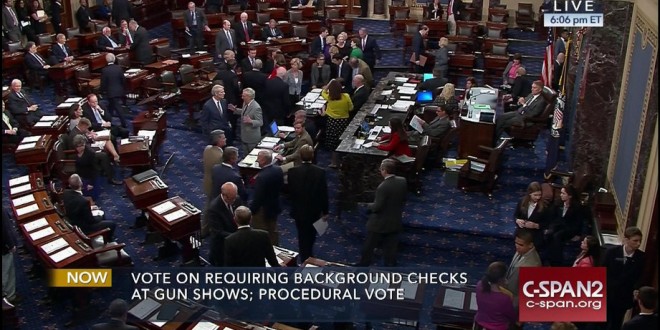 A divided Senate blocked rival election-year plans to curb guns Monday, eight days after the horror of Orlando’s mass shooting intensified pressure on lawmakers to act but knotted them in gridlock anyway — even over restricting firearms for terrorists.

In largely party-line votes, senators rejected one proposal from each side to keep extremists from acquiring guns and a second shoring up the government’s system of required background checks for many firearms purchases.

With the chamber’s visitors’ galleries unusually crowded for a Monday evening — including relatives of victims of past mass shootings and people wearing orange T-shirts saying #ENOUGH gun violence — each measure fell short of the 60 votes needed to progress. Democrats called the GOP proposals unacceptably weak while Republicans said the Democratic plans were too restrictive.

Does the NRA have a secret tape of every Republican senator fucking a goat? It’s really the only explanation. https://t.co/A7STZkGHDQ

Is the @NRA blackmailing goats? https://t.co/ryzi0fFTWJ