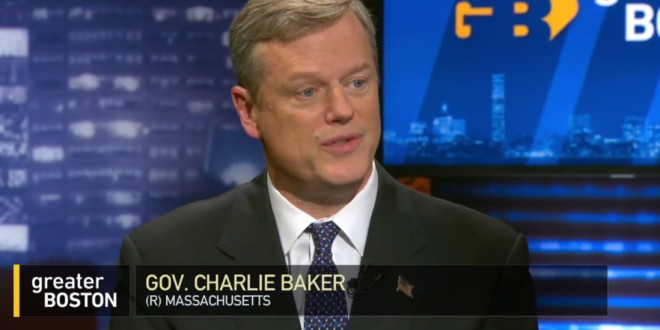 From the Boston Globe:

After months of taking heat for ambiguity on a deeply controversial issue, Governor Charlie Baker said Tuesday he would sign a transgender public accommodations bill should it reach his desk.

His declaration marked the beginning of the end of a bitter, years-long legislative battle over the rights of transgender people in Massachusetts.

“We’ve certainly listened to a variety of points of view from many sides and have said, from the beginning, that we don’t want people to be discriminated against,” Baker said in an interview with The Boston Globe. “If the House bill were to pass in its current form, yeah, I would sign it.”

The bill approved by the Senate and the version that is set to be passed by the House on Wednesday would allow people to use the restrooms and locker rooms that match their gender identity and would protect transgender people from discrimination in barber shops, malls, libraries, restaurants, and other public accommodations.

The bathroom provision has raised sharp concern from opponents who assert that male sexual predators, under the guise of being transgender women, could enter women’s restrooms and locker rooms. Proponents of the bill say those worries are unfounded and not borne out by the almost 20 states that already have similar protections.

It now appears Baker is 100 percent in favor of aggressive legal claims for people who wish to live as members of the opposite sex, and is willing to declare privacy-protecting single-sex bathrooms and single-sex locker rooms to be “discrimination” by the public against the less-than-1-percent of Americans who say they have a “gender identity” of the opposite sex. Baker even celebrated President Barack Obama’s new May proclamation demanding that all K-12 schools in the country open all bathrooms and locker rooms to even young and teenage students who insist they’re transgender.