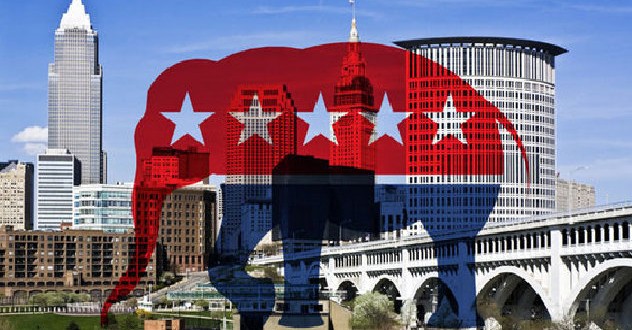 A growing number of prominent U.S. corporations are opting to drop or scale back their sponsorship of the Republican national convention next month in Cleveland, as the nomination of Donald Trump promises a level of controversy rarely seen in such gatherings.

Among those to signal in recent days that they won’t sponsor the convention this year are Wells Fargo & Co., United Parcel Service Inc., Motorola Solutions Inc., JPMorgan Chase & Co., Ford Motor Co., and Walgreens Boots Alliance Inc. All of those companies sponsored the previous Republican conclave, in Tampa, Florida, in 2012.

None would comment publicly on the reason for the decision or say whether Trump played a role. Many said they wouldn’t support the Democratic convention either. The Cleveland host committee, which raised much of the money it needed more than a year ago, says that fundraising remains on track.

Big corporations usually shy away from partisan politics, but they often support conventions to promote their brands and schmooze with state and federal officials. Trump’s nomination threatens both of those priorities, according to Republican operatives who advise companies on political activities. A Trump spokeswoman didn’t immediately respond to a request for comment.