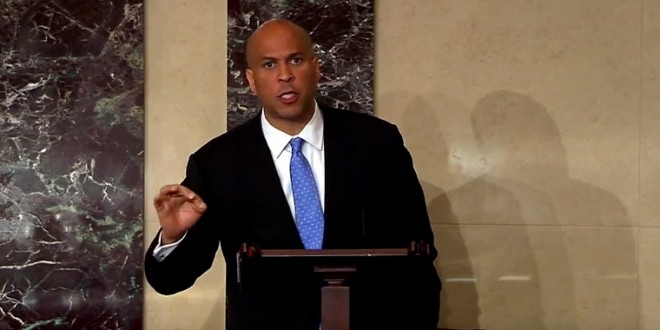 Senate Democrats led by Chris Murphy of Connecticut ground the Senate floor to a halt Wednesday, vowing to speak as long as necessary to force the Senate to take action to address gun violence.

“I am prepared to stand on the Senate floor and talk about the need to prevent gun violence for as long as I can. I’ve had #Enough,” he tweeted. For hours, Murphy and other Democratic senators took turns demanding the Senate take up a variety of gun control measures, though it is not clear any of them would have the votes to pass.

Murphy listed off mass shootings and talked about expanding background checks for gun buyers and banning gun sales to people on terror watch lists. He said the failure of Congress to pass such measures has been particularly disappointing to him and other residents of Connecticut, where a shooter gunned down 20 children and six adults at Sandy Hook Elementary in 2012.