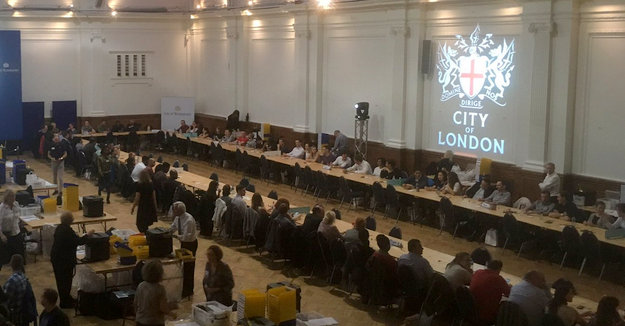 Polling stations all over the U.K. closed at 10 p.m. local time (5 p.m. EST) and ballot boxes were moved to counting centres to find out if the country will remain part of the European Union.

High turnouts were reported in some areas, although voters were delayed as floods closed roads and railway lines in the southeast of England.

Scotland’s chief returning officer, Mary Pitcaithly, predicted turnout in Scotland will reach around 70-80%. She told BBC Radio Scotland she did not expect turnout to reach the 85% seen in the Scottish independence referendum in September 2014, but said it would still be high.

The first polling results will be declared at 12.30am (7:30pm EST) with the final result being announced at 7am (2am EST)

Previous Court Strikes Down Protest Zone At GOP Convention
Next FBI: We Have Found Zero Evidence The Orlando Killer Was Gay Or Ever Used Any Gay Dating Apps