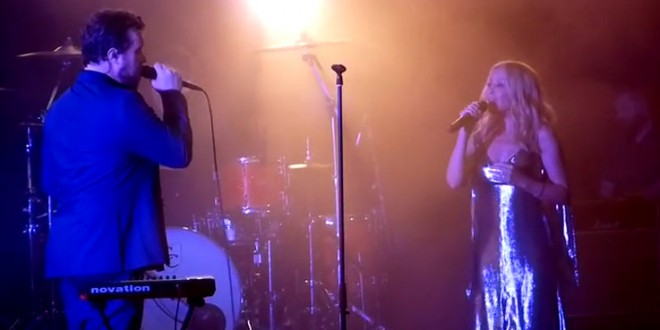 Random? Sure – not just because nobody really knew the two even knew each other, but also because it’s been an age since Kylie’s gone for such an indie hook-up. Aside from some pretty forgettable appearances on tracks by Hurts and Just Jack in recent years, you’ve gotta go back to the 90s to get to the real gold when it comes to Minogue guest spots.

Glacier is from Grant’s smash 2013 release Pale Green Ghosts, the title track from which was my favorite song for that year.

Previous Major Corporations Drop Out Of GOP Convention
Next SACRAMENTO: Church Members Laugh And Wave As Protesters Shout At Christian Pastor Who Called For Shooting Gays In The Head [VIDEO]