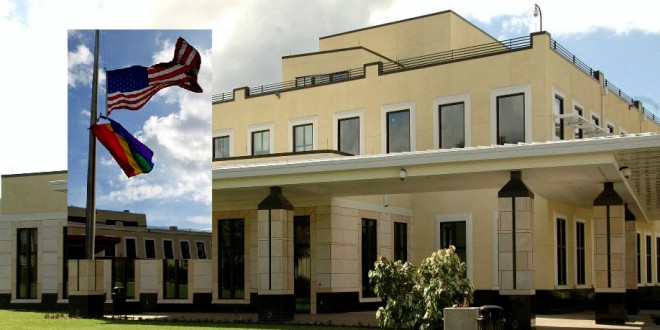 Jamaica’s attorney general has sparked criticism after saying it was “disrespectful” to Jamaican law for the US embassy to fly a rainbow flag following the Orlando shooting.

In response, the US embassy in the capital Kingston asked Marlene Malahoo Forte to explain her legal reasoning. Forty-nine people died when a gunman opened fire in a gay club in Florida.

The embassy in Kingston joined other US missions around the world in flying the rainbow flag in solidarity with the victims of the attack, the worst mass shooting in recent US history. The flag symbolises the diversity of the LGBT movement.

Across the globe US Embassies flying our flag half-mast in memorial & rainbow flag in solidarity w LGBT our citizens https://t.co/kAYdcrsGEu

Our flag at half-mast in memory; we fly the rainbow flag in solidarity. Thx u to all Jamaicans sending condolences. pic.twitter.com/9JJmv3O8mR