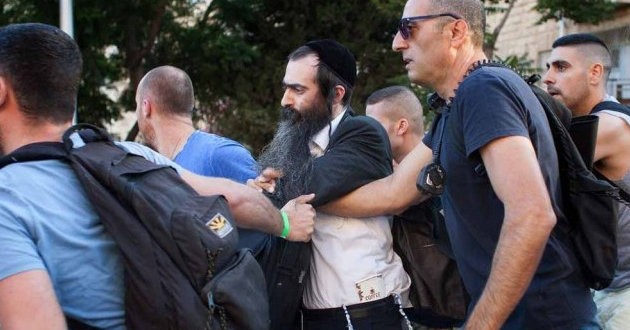 Schlissel was given another 30 years in prison for attempted murders of the six other people he injured in the attack, and another year for breaking the terms of his release from prison for a similar stabbing attack he carried out in 2005.

He was also ordered to pay NIS 2.6 million ($670,000) in compensation to the families of his victims. Schlissel was led into the courtroom with his hands and feet shackled.

In their ruling, the panel of three judges declared, “We have before us a man who doesn’t see people in front of him. A cruel man. A man who sees himself as ‘giving and taking life’ in the name of the principles that he set for himself to enforce.”

“This dangerous man can no longer walk the streets of Jerusalem or any other place,” they said.

At his September indictment, Schlissel declared that he refused to recognize the authority of the court, saying that only God can judge him. After the stabbing rampage, police learned that Schlissel had called on local ultra-Orthodox groups to support his planned attack on the parade. He was admitted to a psychiatric hospital after his arrest, leading some to believe that he would never stand trial.