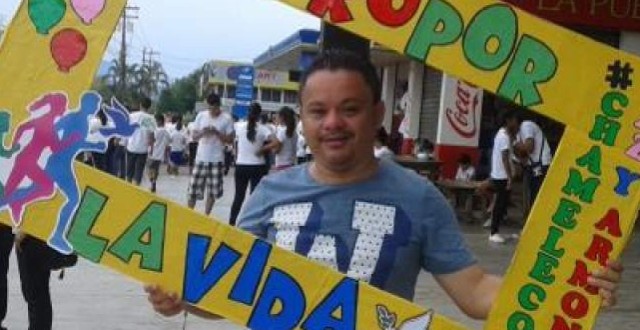 A prominent LGBT rights activist in Honduras was murdered this week. La Prensa, a Honduran newspaper, reported Rene Martínez’s family reported him missing on Wednesday after he left his home in the city of San Pedro Sula’s Chamelecón neighborhood and got into someone’s car. La Prensa reported that Martínez’s relatives identified his body at San Pedro Sula’s morgue on Friday. The newspaper said it appears that Martínez was strangled to death. Martínez, 40, was president of Comunidad Gay Sampredrana, a San Pedro Sula-based LGBT advocacy group that worked throughout northern Honduras. He also ran an outreach center in Chamelecón through Youth Alliance Honduras, an organization that is part of an anti-violence program the U.S. Agency for International Development helped to develop.

The US Embassy in Tegucigalpa has issued a statement:

On behalf of the people and the government of the United States, we condemn in the strongest terms the apparent murder of Rene Martinez. A leader in the LGBTI community in San Pedro Sula and a rising political figure in Honduras, his death comes as a great shock. We offer our condolences to his friends and family, and expect a full and thorough investigation into the circumstances of his death. The United States has already offered our assistance to Honduran authorities working to bring justice in this case.

RELATED: Honduras decriminalized homosexuality in 1899. LGBT citizens are covered under Honduras’ hate crimes statutes, but no other LGBT protections exist. A constitutional ban on same-sex marriage and adoption by same-sex couples was enacted in 2005.