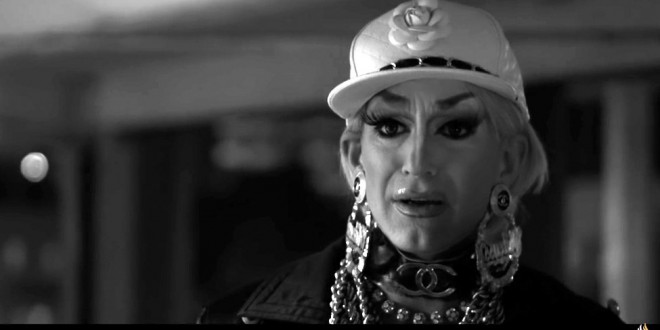 From the Desert Sun:

Richard Grenell, a Palm Springs resident, Trump delegate and Fox News contributor, is behind a series of ads this week targeting Lt. Gov. Gavin Newsom’s gun-control measure that’s expected to land on the November ballot. The ads were created by a new group calling itself the Coalition for Civil Liberties and are unique in who they attempt to sway: women and the LGBT community.

In one of the videos, a woman is walking in a dark parking garage when a hooded assailant appears. During a scuffle, she manages to pull a gun and aim it in self-defense, but it contains no bullets. A nearly identical ad features a transgender woman. Funding came primarily from three member-supported sources: the National Rifle Association, the California Rifle & Pistol Association and Gun Owners of California.

In 2012, Grenell was Romney’s campaign spokesman for about three minutes until Bryan Fischer started screaming. Grenell then got the boot. This year he’s a California delegate for Trump. After rough week for Trump & Hillary's biggest week yet, Trump still within margin of error. Hillary's in trouble. https://t.co/YFbjEBDSdI

Previous EVEN HIS OWN LAWYERS: Hundreds Claim Trump’s Businesses Stiffed Them On Contracted Work
Next MAY HIS DAYS BE FEW: Republican Sen. David Purdue Prays For God To Murder President Obama [VIDEO]