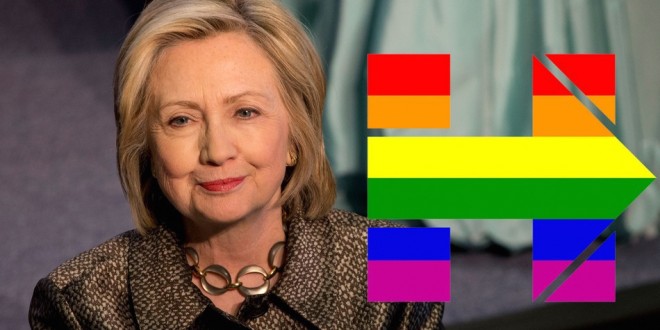 “One year ago today, we celebrated a watershed moment for equality in America. Thanks to the bravery of LGBT Americans like Jim Obergefell and Edie Windsor, and the determination and tireless organizing of the LGBT community and their allies, marriage equality became the law of the land in all 50 states.

“We’ve also seen how much work is still unfinished. The attack in Orlando broke our hearts, and reminded us that LGBT people – particularly people of color – are still targets for harassment and violence. Discriminatory laws in states like North Carolina highlight the need for full federal equality under the law for LGBT Americans. And Donald Trump’s pledge to consider appointing Supreme Court justices who would overturn marriage equality underscores the fact that so much of the progress we’ve made is at stake in November.

“But even when the road ahead seems daunting, never forget: on this day in history, love triumphed in the highest court in the land. Today, our march toward a more perfect union continues—toward equality, dignity, and justice for all.” – Hillary Clinton, via press release.

To the LGBT community: We’re with you.

We’re going to keep fighting for equality, at home and around the world.https://t.co/4JjtWshXRI — Hillary Clinton (@HillaryClinton) June 26, 2016

LGBT seniors have seen so much progress, but still face discrimination. This has to change. pic.twitter.com/fUCyqi07zY

In some states, LGBT Americans can get married on Saturday and fired on Monday. That’s not who we are. pic.twitter.com/5TjQnBbM3s — Hillary Clinton (@HillaryClinton) June 25, 2016

.@BarneyFrank on the time he marched in NYC’s gay pride parade with the First Lady of the United States in 2000.https://t.co/G1b5cUV0pJ

LGBT kids are perfect the way they are. They deserve love and acceptance—not bullying and violence. pic.twitter.com/3ICu66ozzV — Hillary Clinton (@HillaryClinton) June 24, 2016