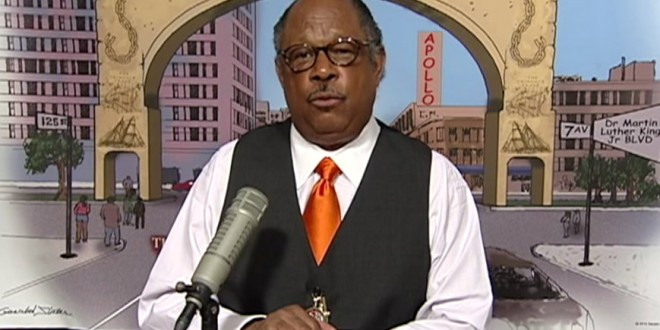 The Bank Of New York Mellon, which has $28 trillion in custodial assets and has a market value of $42 billion, is the holder for the federal tax lien against Harlem’s infamous hate church. Following yesterday’s bankruptcy court hearing, which was about the church’s unpaid utility bills, Pastor James David Manning took to YouTube to declare that he is consulting with “respectable lawyers, bankers, financial people, and real estate developers” about buying the Mellon Bank. As we all know, Manning has said some batshit crazy shit in the past, but this one might be the winner. Watch below.