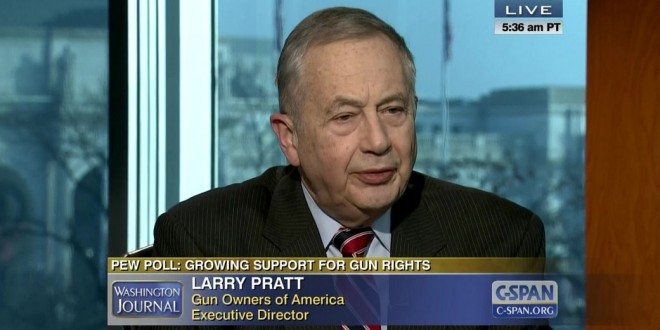 Gun Rights Leader Larry Pratt Warns Hillary: We Have The Right To Protect Ourselves From You [AUDIO]

This sounds like an outright threat. Right Wing Watch has the quote:

“What she’s telling me is that she may understand the meaning of the Second Amendment, which is even scarier, because the Second Amendment is meant to tell people like her that might be thinking about going off in a tyrannical direction: ‘Don’t even think about it.’ Because the Second Amendment has recognized the right people have to possess the kind of firearms that your protectors have, Mrs. Clinton, and if you even think, if you even try to go off in a tyrannical direction, the Constitution protects the people’s right to protect the people themselves against people like you.”

Last week Pratt warned that gun nuts might have to “resort to the bullet box” should Democrats hold the White House.