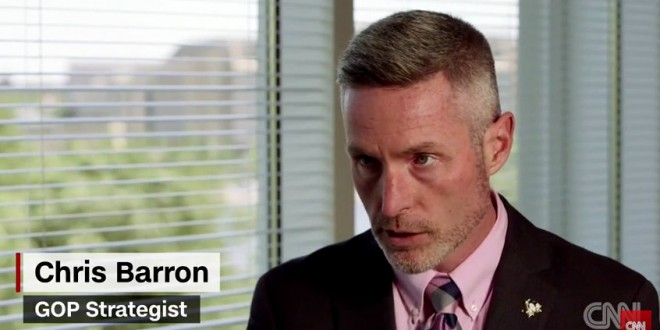 A prominent gay Republican is coordinating an effort to mobilize a coalition of conservative lesbian, gay, bisexual and transgender (LGBT) voters in support of Donald Trump, CNN has learned, a project that has intensified in the wake of a terrorist attack at a gay club in Orlando, Florida. Chris Barron, the former president of the now-defunct gay conservative group GOProud, was recently a vocal Trump critic, but now is circulating a letter among like-minded members of the LGBT community, arguing that Republican Trump will better-suited to protect them from acts of extremism as president than Democrat Hillary Clinton.

“I have no doubt that Donald Trump would be better for LGBT Americans,” Barron said in an interview with CNN. “Hillary Clinton wants to continue a reckless foreign policy that has made the world less safe for all Americans, including LGBT Americans. She can find plenty of time to crucify Christians in the U.S. for perceived anti-gay bias, but when we’ve got ISIS throwing gay people off of buildings, when we have Muslim states that are prescribing the death penalty for people who are gay, I would think this would be something that a friend of the LGBT community would be able to speak out on, and Hillary Clinton finds it unable to do so.”

Previous Pam Bondi Hits Back At Anderson Cooper: That Inappropriate Interview Spurs Anger And Hate
Next The (Serious) Liberal Redneck On Orlando [VIDEO]