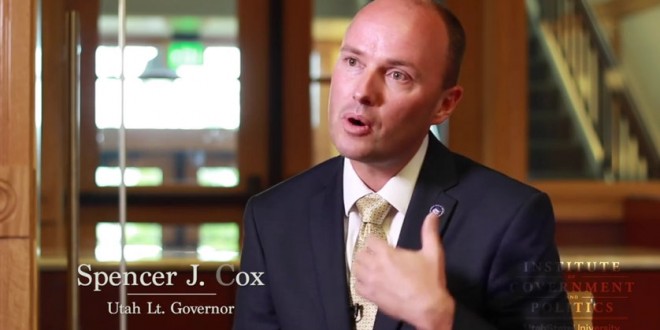 Utah’s Republican lieutenant governor surprised many with his speech at a vigil for victims of the Orlando shooting on Monday, where he apologized for his previous attitude and actions against LGBT people, KSL.com reported.

Addressing a crowd mourning the 49 people who were shot early Sunday morning at a gay club in Orlando, Florida, Lt. Governor Spencer Cox acknowledged that as a straight, white, Republican man, he was not the most obvious choice to speak at the vigil.

But Cox said he was extremely moved by the event and felt the need to apologize, KSL reported.

“I grew up in a small town and went to a small rural high school,” he said, according to the news site. “There were some kids in my class that were different. Sometimes I wasn’t kind to them. I didn’t know it at the time, but I know now that they were gay. I will forever regret not treating them with the kindness, dignity and respect — the love — that they deserved. For that, I sincerely and humbly apologize.”