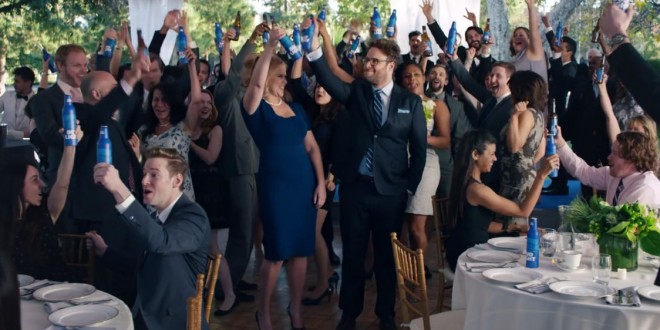 Bud Light has partnered with Ellen DeGeneres to launch a new ad today in support of gay marriage. “Gay weddings, they are just like any wedding,” Seth Rogen says in the spot, which shows a wedding between two males. The ad also features Amy Schumer. The two comedians have been starring in the politically themed “Bud Light Party” campaign that broke earlier this year. The spot, by Wieden & Kennedy, will run on broadcast TV tonight in California and New York, where it will also get paid digital support. The biggest boost will likely come from Ms. DeGeneres, who tweeted it today to her more than 60 million followers as part of a paid integration.