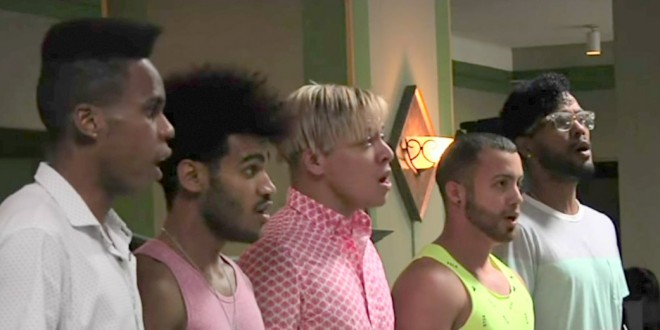 Gathered around a keyboard in Los Angeles, conductor Ernesto Lima Parets stopped his singers and told them to try again. The five men who make up the gay Cuban choir Mano a Mano performed Gloria Estefan’s “Mi Tierra” (“My Homeland”) with perfect harmony. But he wanted them to feel it. “You must imagine what it means to leave Cuba,” Parets told them.

On Saturday, the men are scheduled to begin their first U.S. tour, performing a repertoire of Cuban classics, pop hits and the Estefan song with the Gay Men’s Chorus of Los Angeles.

In an era of renewed relations between the U.S. and Cuba, the joint performance would mark another step toward fostering collaboration between the LGBT communities in each country. Both choirs had charted history in their respective countries: GMCLA was founded in 1979 and lost over 150 members during the height of the AIDS epidemic. Mano a Mano was created just two years ago, forging a unique space as one of the only independent gay organizations on the island.

“This is the first time there is a real exchange between the gay community in the U.S. and in Cuba,” Mano a Mano singer Arian Ferrer Castro, 29, said.