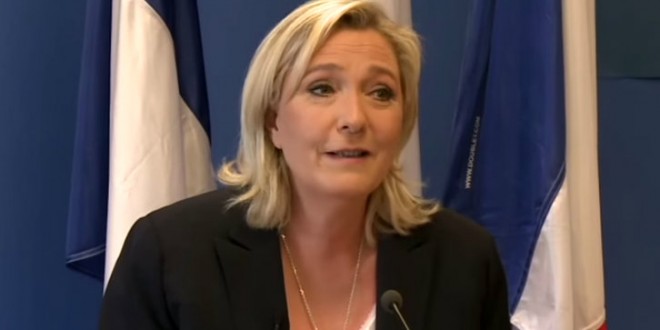 France’s Front National (FN) hailed Brexit as a clear boost for Marine Le Pen’s presidential bid next spring, as well as a move that gave momentum to the party’s anti-Europe and anti-immigration line. “Victory for Freedom! As I have been asking for years, we must now have the same referendum in France and EU countries,” Le Pen wrote on Twitter.

A jubilant Le Pen delivered a Brexit victory speech from her party’s headquarters outside Paris, styling the UK referendum result as just the start of an unstoppable new wave of support for parties and movements like the Front National. “The UK has begun a movement that can’t be stopped,” she said.

Le Pen’s father, Jean-Marie Le Pen, led the National Front from its founding in 1972 until his daughter took over. He has been convicted multiple times for inciting racial hatred and for denying the Holocaust. Earlier this year he tweeted, “God protect Donald Trump!”