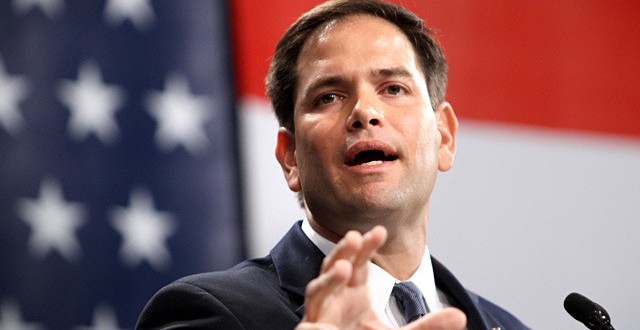 FLORIDA: GOP US Senate Frontrunner Drops Out To Clear The Way For Marco Rubio To Enter Race

Florida Rep. David Jolly on Friday announced he will pull out of the Republican primary to replace Sen. Marco Rubio. Jolly instead will for reelection to his seat in Congress, citing “unfinished business” in an email to supporters Friday afternoon.

He said he had been convinced to run for Senate by insiders who told him redistricting made his reelection to the House too difficult, but decided he wanted to continue doing the job he has.

The move, though, comes as Rubio has in recent days signaled he might accede to pressure to run for reelection to his seat.

Expectations are growing on Capitol Hill that Rubio, who announced last year that he wouldn’t seek reelection, may be getting into the race, according to GOP senators who have spoken with the Florida freshman.

Jolly himself foreshadowed the news Friday morning in an interview with CNN’s “New Day,” also implying that he believed Rubio would get in the race.

The pressure on Rubio to change his mind has been immense as Republican leaders increasing fear losing control of the Senate.