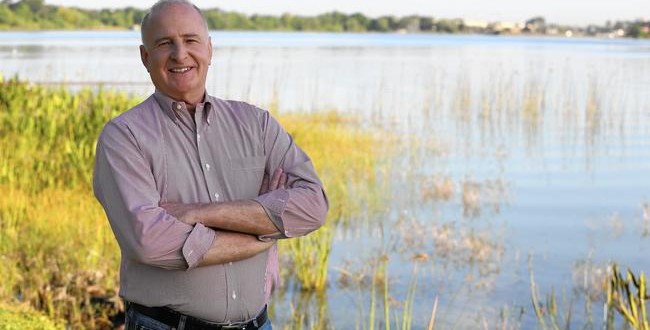 Poe, 61, said he was diagnosed with the virus that causes AIDS in 1998 and is currently in good health. He revealed the diagnosis in an interview with Watermark magazine as well as a video posted to his Facebook page. “I have a motto in my life: If you want to make a difference, you have to be the difference,” Poe said in the video. “And so today, I’m trying to be that difference in this community, so that we can begin to solve this problem once and forever.”

In an interview, Poe said he felt compelled to reveal his diagnosis after encountering a recently diagnosed HIV positive woman while canvassing in District 10. “She told me that she’s recently been diagnosed with HIV and thought she had a death sentence,” Poe said. “I really just wanted to hug her and let her know that I, too, have HIV and that I’ve been able to live out all of my hopes and all of my dreams, and she could, too.”

From Poe’s interview with Watermark:

Poe will be an advocate for HIV prevention in Congress, but that’s not why he decided to run. His areas of focus include economic empowerment, education and job training, and criminal justice reform.

“In business, what I learned is that you can make money in good times and bad, but you can’t make money if your customers don’t have money,” Poe says. “Social ills fall disproportionately on the poor. Economic prosperity is the clearest pathway to social justice.”

Poe supports an increase in the minimum hourly wage to $15. “Business people want their customers to be rich, so why would they want their employees to be poor,” he says.

He’ll also push for job training to address an “economic climate change” fueled by technology. “My first job was pumping gas at the Pine Hills Gulf station on Colonial Drive,” he says. “There are no more gas station attendants. Technology is changing the job market even faster than we realize, and we have to get out ahead of it.”

And he will work to change a criminal justice system that he believes persecutes communities of color.

“I’m knocking on doors and finding people that have been disenfranchised from our economy and our entire society,” Poe says. “It’s causing huge, massive problems.”