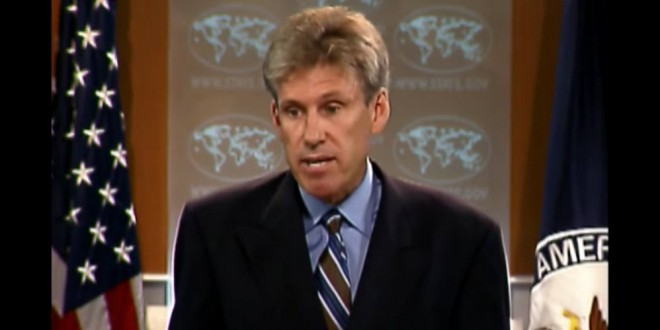 Family Of Slain US Ambassador Chris Stevens: We Blame Congress Not Hillary Clinton For Benghazi

In a new interview with The New Yorker, the sister of slain Ambassador Chris Stevens — one of the four American casualties from the September 11, 2012 attack on a compound in Benghazi, Libya — says that the fault does not lie with former Secretary of State Hillary Clinton. On the same day that the Republican-led Select Committee released its blistering 800-page report about the failures of the State Department in the attack (though found no new culpability to lay at Clinton’s feet), Dr. Anne Stevens spoke candidly about the circumstances surrounding her brother’s death. Stevens, who is the chief of pediatric rheumatology at Seattle Children’s Hospital, serves as the official spokesperson for her family.

It is clear, in hindsight, that the facility was not sufficiently protected by the State Department and the Defense Department. But what was the underlying cause? Perhaps if Congress had provided a budget to increase security for all missions around the world, then some of the requests for more security in Libya would have been granted. Certainly the State Department is underbudgeted.

I do not blame Hillary Clinton or Leon Panetta. They were balancing security efforts at embassies and missions around the world. And their staffs were doing their best to provide what they could with the resources they had. The Benghazi Mission was understaffed. We know that now. But, again, Chris knew that. It wasn’t a secret to him. He decided to take the risk to go there. It is not something they did to him. It is something he took on himself.