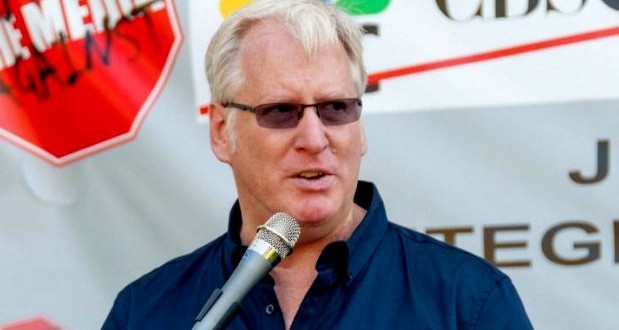 Extremist Blogger Jim Hoft Comes Out In Wake Of Attack: It’s Time For Gays To Come Home To The GOP

Gateway Pundit blogger Jim Hoft, widely known as “the dumbest man on the internet,” comes out today in the wake of the Orlando massacre. He writes at Breitbart:

Like most gay Americans, I don’t wear my sexuality on my sleeve. I go about my daily business. I try not to harm anyone. I love my family. I love my friends. I love my country.

In the past few years I’ve built one of the most prominent conservative websites in America. I created The Gateway Pundit because I wanted to speak the truth. I wanted to expose the wickedness of the left. I was raised to love my country. Today I serve my country by defending her from the socialist onslaught.

But last night at least 49 gays were slaughtered at an Orlando club. Despite this obvious Islamic attack, Barack Obama and Hillary Clinton are still in denial.

I can no longer remain silent as my gay brothers and sisters are being slaughtered at dance clubs. There is only one man who can lead this nation and protect all gays and all Americans. His name is Donald Trump.

In 2015 a conservative Supreme Court granted gays the right to marry. In 2016 only one candidate will protect gays from another Islamist attack.

I have to admit that I did NOT see this coming. I’ve been following Hoft’s insane lies for years and a simple Googling of his name reveals the many, many, many times he’s been caught. Often when his outrageous claims are debunked, he simply deletes that entry on his blog, which gets more than four times the monthly traffic of JMG.

Previous BRITAIN: Gay Journo Walks Off Set When Hosts Won’t Acknowledge Homophobia As Root Of Attack [VIDEO]
Next Alex Jones: Orlando Attack Was A False Flag That Obama Let Happen So He Can Grab Your Guns