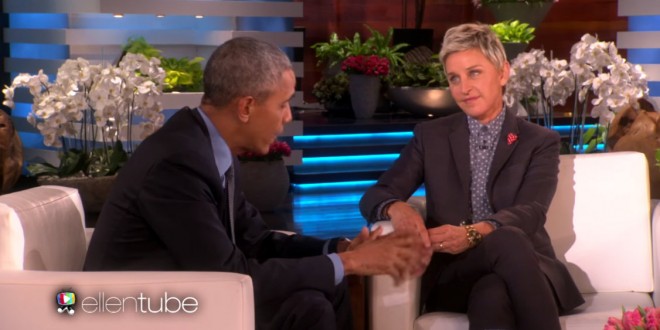 Ellen DeGeneres has marked Pride Month with a remarkable video highlighting moments with an array of LGBTI guests and allies.

One of the most moving moments is when Orpah Winfrey says to a clearly touched Ellen: ‘Your true legacy, the real work that you’ve done on the planet, will be teaching people how to live authentically as themselves.’

Winfrey appeared on the landmark episode of DeGeneres’ sitcom Ellen in 1997 when her fictional character of Ellen Morgan came out. At the same time, DeGeneres herself came out on the cover of Time magazine.

But the last words belong to President Barack Obama who tells DeGeneres: ‘As much as we’ve done with laws and ending Don’t Ask, Don’t Tell etc, changing hearts and minds? I don’t think there’s anybody who’s been more influential than you have been.’