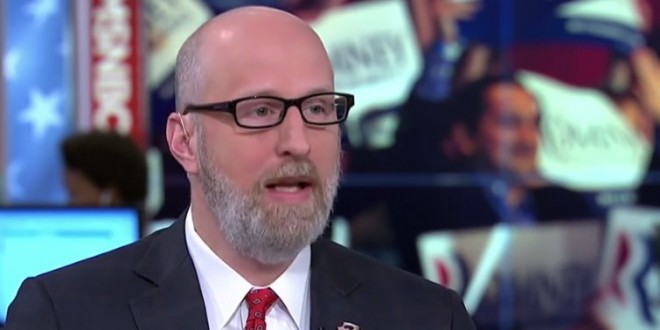 David French said Tuesday that someone who identified themself as affiliated with Donald Trump’s campaign tried to “intimidate” him while he was considering an independent presidential bid.

“It was probably one of the more ham-handed attempts at intimidation out of the Trump operation,” French, a constitutional lawyer, said during an interview on MSNBC’s “Morning Joe.”

French, who announced Sunday night he wouldn’t launch a White House bid in opposition to Trump, the presumptive GOP nominee, said the person called a family member of his wife in Tennessee.

“I considered it a ham-handed effort to intimidate,” French said when asked if he thought it was a threat. According to French, the operative said, “I’m sorry but I’ve been asked by the Trump campaign to make sure that David knows that this will be really bad for him.”

Watch the video. French is a heinous anti-LGBT jerk, but this I believe.

Previous In The Hall Of The Mountain Trump [VIDEO]
Next Lindsey Graham: GOP Leaders Must Un-Endorse Trump