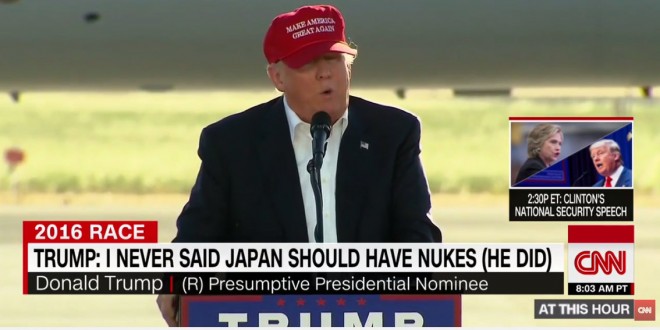 The twitterverse is snickering at what CNN just did to Trump. Via Mediaite:

Trump has a habit of insisting he didn’t say things that he has very clearly and that we have very reliable proof of, but what good does that knowledge do when his speeches and denials are being broadcast live with no context? CNN has finally found a solution and political hawks on Twitter are celebrating.

As you can see, CNN wrote a fact-checking “(He did)” next to the caption that included his insistence that he never said that Japan should have nukes. In fact, he said it twice. Anderson Cooper gave him the chance to clarify his statements after he said it the first time, and he doubled down.