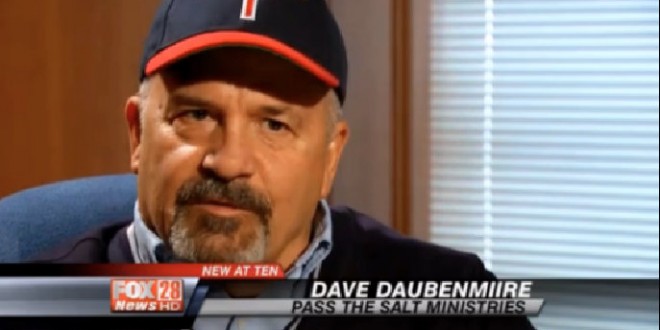 Christian Activist On Orlando: Satan Sacrificed His Own People So Obama Can Grab All The Guns [VIDEO]

On his “Pass the Salt” show on Monday, Religious Right activist “Coach” Dave Daubenmire addressed this weekend’s massacre at a gay nightclub in Orlando, claiming that the gay people murdered in the massacre were sacrificed by the devil in order to advance his larger goal of implementing gun control and siccing the government after Christians.

Daubenmire said that the massacre in Orlando showed that “the devil is willing to sacrifice some of his own team in order to get our big players” and warned that gun control will lead to the killing of conservative Christians.