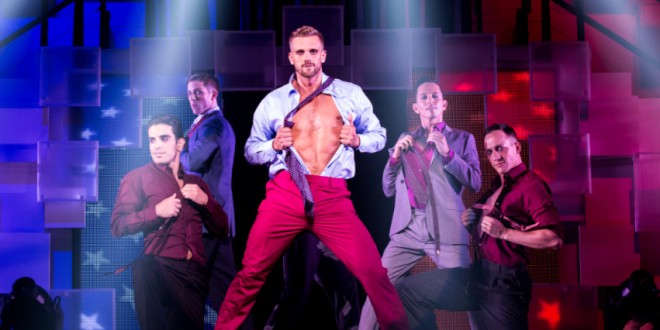 Warning: Not safe for work beefcake ahead. Via press release:

Chiseled morning show hosts, rock-hard reality show contestants and pumped up politicos took over the airwaves at this year’s ratings-raising edition of Broadway Bares, an evening of elaborately staged burlesque production numbers that gave a new meaning to “Bares TV.”

Produced by and benefiting Broadway Cares/Equity Fights AIDS, Broadway Bares: On Demandraised an impressive $1,482,724 in two performances on Sunday, June 19, 2016.

For the first time in the event’s history, Stripathon, an online fundraiser by the show’s cast and crew, was the single largest contributor to the total, raising by showtime a record $612,212.

Head over to Matt Rettenmund’s Boy Culture for many more “cheeky” NSFW photos.