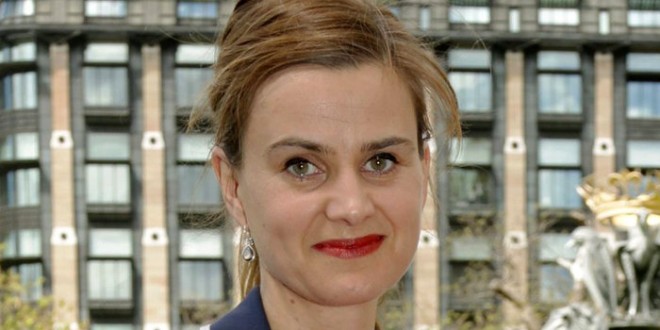 Armed officers responded to the attack near a library in Birstall, West Yorkshire, on Thursday afternoon. A 52-year-old man was arrested in the area, police confirmed. The suspect was named locally as Tommy Mair.

Police added that Cox, the MP for Batley and Spen, had suffered serious injuries and was pronounced dead at 1.48pm on Thursday by a doctor with paramedics at the scene. The suspect was named locally as Thomas Mair.

Police also confirmed a man in his late 40s to early 50s nearby suffered slight injuries in the incident. They are also investigating reports that the suspect shouted “Britain first”, a possible reference to the far-right political party of that name, as he launched the attack.

Police are understood to be talking to at least one witness who claimed to have heard the attacker shout the words, and the motivation for the incident will form part of their inquiry.

The death of Jo Cox is a tragedy. She was a committed and caring MP. My thoughts are with her husband Brendan and her two young children.

"Shouting Britain First, he stabbed her, kicked her while she was on the ground, and shot her two times." https://t.co/3aFPqONei3