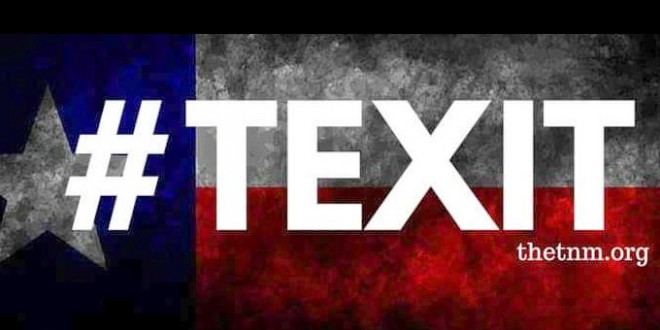 After residents of the UK voted today to leave the European Union, the movement for an independent Texas may be gaining serious momentum, with thousands online calling for a “Texit.”

The largest group agitating for secession is the Texas Nationalist Movement, which has been promoting its own version of Brexit, called Texit, over the past several weeks. The group has taken inspiration from the pro-exit campaign in Britain, noting that the two movements share many of the same principles.

Daniel Miller, president of the TNM, told Australian website news.com.au, “The vast majority of the laws, rules and regulations that affect the people of Texas are created by the political class or unelected bureaucrats in Washington” — a sentiment which echoes the arguments made by the British Leave campaign.

Another group, Yes California, released a statement applauding the referendum as “a shining example of the right of peoples to self-determination.” Yes California further declared its intention “to mimic that process here in California by putting an independence referendum on the ballot.”