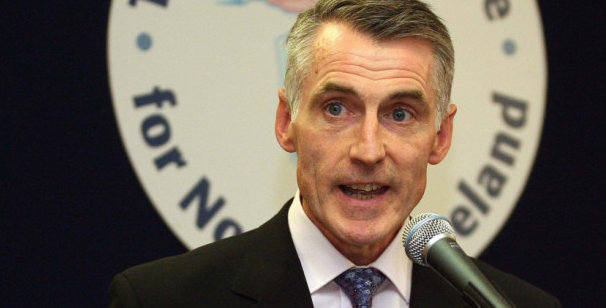 The UK’s decision to leave the EU means Sinn Féin will press for a border vote in the North. Both Northern Ireland and Scotland voted to remain in the EU, but the leave campaign was able to convince Wales and England to leave the union.

“We have a situation where the north is going to be dragged out on the tails of a vote in England… Sinn Fein will now press our demand, our long-standing demand, for a border poll,” Sinn Fein’s national chairman Declan Kearney said after the UK as a whole had voted to leave the EU.

Northern Ireland Secretary Theresa Villiers has ruled out Sinn Féin’s call for a border poll on the reunification of Ireland.

She was speaking after the UK voted by a narrow margin to leave the EU., although Northern Ireland voted to remain. Ms Villiers said the circumstances in which a border poll would be called did not exist. Nothing indicated that such a poll should be called, she said.

“The Good Friday Agreement is very clear that the circumstances where the secretary of state is required to have a border poll is where there is reason to believe there would be a majority support for a united Ireland,” she said,

“There is nothing to indicate that in any of the opinion surveys that have taken place.

“Again and again they demonstrate that a significant majority of people in Northern Ireland are content with the political settlement established under the Belfast Agreement and Northern Ireland’s place within the United Kingdom.”

Villiers added that she is “delighted” by the Brexit result.