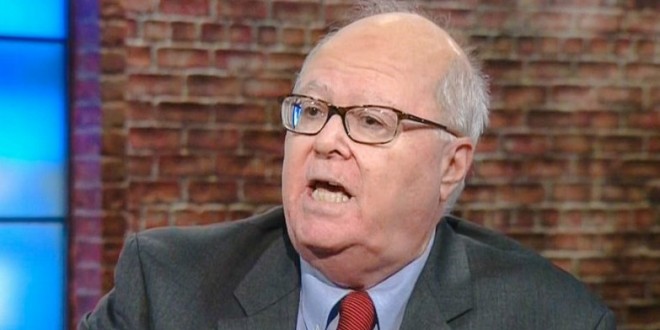 Bill Donohue Melts Down Over Pope’s Call For Apology To Gays: They Should Apologize To ME [VIDEO]

When CNN’s Chris Cuomo opened up his interview on Tuesday morning with Bill Donohue, the President of the Catholic League, it seemed likely that Donohue would at least somewhat echo the sentiments of the Pope. Not quite. “Do you feel like apologizing to the LGBT community?” said Cuomo.

“No,” said Donohue. “As a matter of fact, I want an apology from gays! I’ve been assaulted by gays. I’ve never assaulted a gay person in my entire life!”

And it got worse from there. Donohue recounted a story about, “being assaulted by lesbians,” and demonstrated an unwillingness to accept 100% of what Cuomo perceived as Pope Francis’ point. The rest of the conversation devolved into some sort of sarcastic shouting match that featured Donohue rattling off his accomplishments of just how much he has helped the disenfranchised in his life.

“I don’t want to have a lifestyle thrusted in my face though!” he said at one point about the gay community.