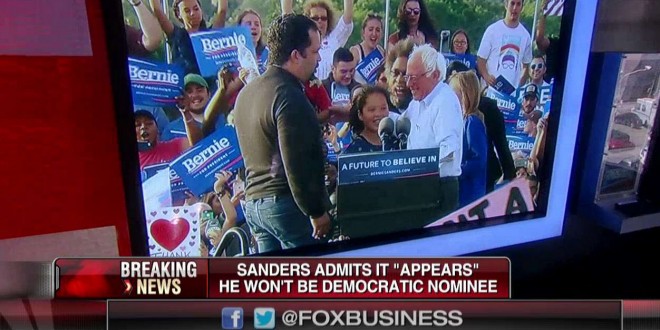 Bernie Sanders: It Appears I Won’t Be The Nominee

“It doesn’t appear that I’m going to be the nominee, so I’m not going to be determining the scope of the convention,” Sanders said during an interview with C-SPAN. The comment came in response to a question about his preparations for the Democratic National Convention in Philadelphia in late July.

The comment is notable because the Vermont senator has refused to formally drop out of the Democratic presidential primary and instead has vowed to push his policy agenda at the convention.

Sanders’ comments suggest that despite the fact that he’s signaled he plans to use his 1,879 delegates to wring concessions from Hillary Clinton and her supporters in Philadelphia, he understands that his leverage may ultimately prove limited.

According to the latest reports, Sanders’ supporters still plan to stage multiple protests at the Democratic convention.