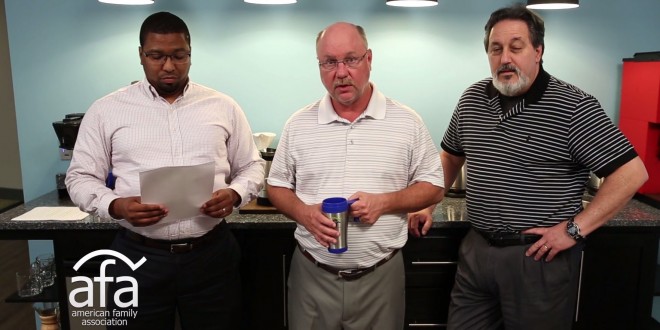 The AFA is ever so unhappy with President Obama’s recent Pride Month proclamation, which included mention of his administration’s work to reduce new HIV infections. Via Miranda Blue at Right Wing Watch:

“You know, one of the real ironies of this proclamation is the president here cites the need for more funding for HIV/AIDS,” Wildmon said. “But, unlike Michelle Obama, who advocates that children stay off the sodas, he doesn’t advocate behavior change when it comes to homosexual behavior affecting your health. Abe, why doesn’t he say, ‘Stop doing what you’re doing and you won’t get AIDS’?”

“I think once again you highlight one of the glaring episodes of hypocrisy that comes from secular progressivism as applied to public policy,” Hamilton responded. “In terms of other health areas, well, you need to get exercise, you need to cut the sugars, you need to not eat sodas, but in terms of homosexuality, there’s no adjustment needed in your behavior, we just need to pour more money into treating the results of the behavior.”

Previous President Obama To Endorse Hillary Clinton
Next Nutjob Dilbert Cartoonist Scott Adams: I’m Endorsing Hillary Because I Might Be Assassinated If I Don’t