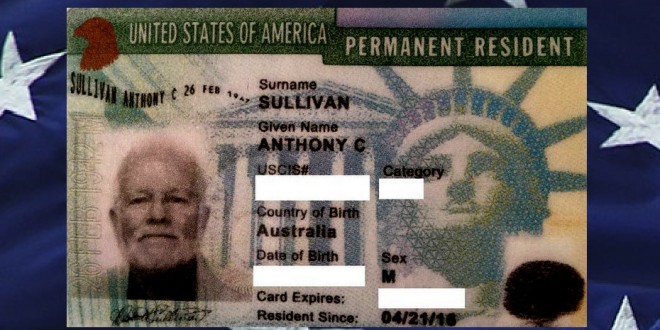 The United States federal government has recognized as legally valid the April 1975 same-sex marriage of Richard Adams and Anthony Sullivan, approving the “green card” petition that Adams filed in 1975 for his husband, an Australian citizen. After Adams died in December 2012, Sullivan sought to have the Immigration Service recognize their marriage and grant a green card to him as the widower of a U.S. citizen.

The green card, granting Anthony permanent resident status in the United States, was issued on the 41st anniversary of his Boulder, Colorado marriage to Richard — a same-sex marriage that remained in the record and which was never invalidated by Colorado officials. The green card was recently delivered to the Hollywood apartment Richard and Anthony shared for nearly four decades.

Immigration authorities, in 1975, famously refused the couple’s “green card” petition, saying they had “failed to establish that a bona fide marital relationship can exist between two faggots.”

A ten year legal battle followed, as Richard and Anthony brought a lawsuit against the Immigration and Naturalization Service (now called United States Citizenship and Immigration Services) in federal court, becoming the first gay couple to sue the U.S. government for recognition of a same-sex marriage. When the final ruling came from the Ninth Circuit Court of Appeals in 1985 they were forced to leave the country.

There’s much, much more at the link. You’ll definitely want to click.