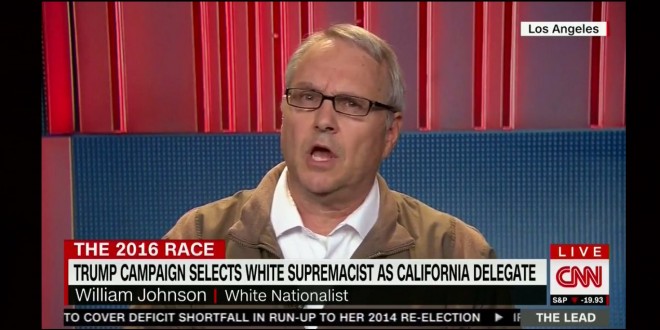 The white nationalist who ended up on Donald Trump‘s delegate slate spoke out on CNN this afternoon about what the Trump campaign called a serious “error.” Johnson said he absolutely believes that explanation and says he has taken steps to resign, even if it’s too late for him to do so.

Jake Tapper then asked him about his, um, views on the white race, and Johnson said he doesn’t like it when words like “racist” are just thrown around. But he did go on to say this:

“I believe that Western civilization is declining and dying out in every country around the world that has traditionally been white. Europe is being replaced by immigrants from Africa. America, the same thing’s happening here, and so I believe that we need to be aware of this precipitous decline in the white race.”