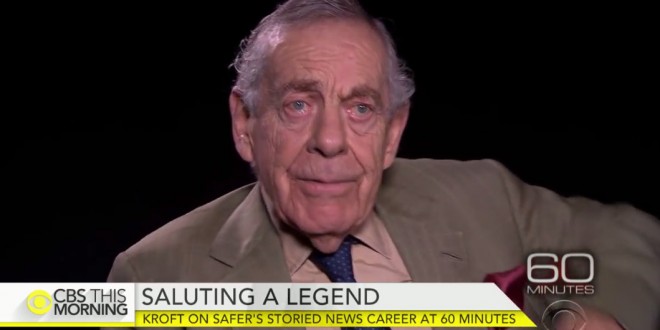 Legendary “60 Minutes” correspondent Morley Safer has died at age 84. His death comes just days after he formally retired after 46 seasons with the program.

Safer is among the household names – along with the late Mike Wallace, Harry Reasoner, Ed Bradley, Bob Simon, and Andy Rooney, as well as Steve Kroft, Lesley Stahl and several others – who made “60 Minutes” a nationally celebrated treasure.

Safer was born in Toronto, Canada, and covered major stories around the world for the Canadian Broadcasting Corporation before he joined CBS News in April 1964. He began his CBS News career as a correspondent in the London bureau, and opened the CBS News Saigon Bureau in 1965.