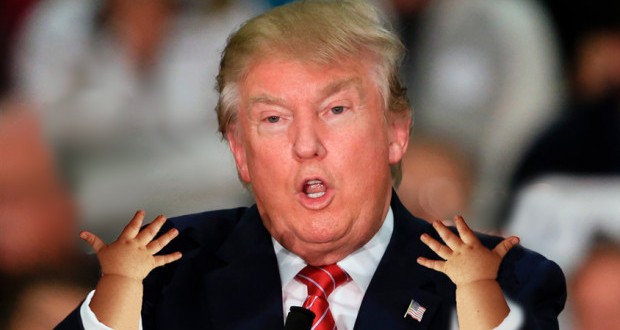 Trump: When I Said Women Should Be Punished For Abortion, I Meant They Should Punish Themselves

Then there was his interview the previous week with the MSNBC host Chris Matthews, who asked him whether his pro-life views meant that he also supported criminal penalties for a woman who had an abortion. Trump had replied that yes, there should be “some form of punishment.” Now he argued to me, rather unconvincingly, that he had been misinterpreted: “I didn’t mean punishment for women like prison. I’m saying women punish themselves. I didn’t want people to think in terms of ‘prison’ punishment. And because of that I walked it back.”

A more believable explanation, furnished by a senior adviser for the Trump campaign, is this: Trump, a serial non-apologizer, initially saw nothing wrong with his remark and refused to walk it back. Only when every network chief executive and over 100 media outlets besieged the Trump campaign with requests for additional comment on how women should be punished for abortions did the Trump campaign turn to an ally: Chris Christie, whose tenure as the Republican governor of the blue state of New Jersey had given him experience placating both social conservatives and the moderate voters Trump hoped to attract in the general election. A member of Christie’s political team helped draft a statement that essentially repudiated Trump’s earlier one.